I started this blog as an outlet for my musings, insights and irritations. Using the old adage that you should be willing to see everything you write on the front page of the New York Times, I am usually circumspect about how I present my opinions.

This blog is linked on my business website so I have slowly reduced my political rants so as not to alienate any potential clients.

Given that I have woken to the disturbing development of a Trump presidency I have decided to make a few things clear.

I am an extremely progressive liberal person. I believe in protecting the constitution and all the rights it affords American citizens.

Now. If you believe that my beliefs are incompatible with yours please do not hire me to consult or coach for you. I am perfectly capable of – and indeed enjoy – working with people whose opinions differ from mine but I am not willing to pretend that my beliefs are something they are not.

I work actively to make the world a better place according to my values and I hope you do to. Maybe we can do it together.

I often write about free speech on this blog. It is one of my core values and its a gut-check reminder that civil liberties only work if they are guaranteed for all citizens. Once again a smart, thoughtful friend of mine has written something that I think it’s important to share.

There is a pivotal moment in the Warren Beatty film “Bulworth” when the homeless man played by Amiri Baraka shouts at Beatty’s politician character, Sen. Jay Bulworth – “Bulworth! You got to be a spirit! You can’t be no ghost.”

Invariably when I find myself involved with a question where someone’s rights are being denied this quote pops into my head. This year, during this presidential election, more than any other time during my nearly 25-year career as a civil libertarian, an activist and a non-profit leader, this quote has become a guiding principle.

Much ink has been spilled on why this presidential election matters so distinctly. I agree with all the reasons articulated for why Donald Trump is so monumentally unfit for the presidency.  But I’ll add an additional reason why I believe Trump is a danger.

Trump either doesn’t understand the U.S Constitution, or doesn’t care about its meaning. Most likely both.

As we consider the ongoing experiment of participatory democracy, the success of that experiment is predicated on our civil society adhering to an articulated set of shared norms and values.

This means that, however much we might disagree on issues like abortion, LGBT rights, free speech or racial justice, we can at least agree that there is a process for deciding what laws apply, and a higher wisdom that we can refer to when the path towards those decisions gets muddled.

The Constitution is that guide, and for whatever murk might exist in its words that require interpretation by the judiciary, it is the glue that holds our democracy together.

Donald Trump has weakened that glue.

Trump’s casual disregard for the principles inherent in the Constitution strikes a deep chill in me.

His disregard for constitutional principles – that a free press should be protected from punishment and retribution; that a woman making reproductive health choices should be free from punishment and retribution; that free and fair elections are possible and should not be subject to manipulation – has and will continue to have far reaching consequences.

Trump’s disregard has caused tremendous damage to the country, and our collective confidence in the protections afforded by the Constitution. No matter the outcome of next week’s election, hard work and allegiance to core American values are what will help us survive as a republic.

Which leads me back to the quote with which I began.

In the face of a crisis like Trump, and the overwhelming shift that is occurring in our society, it is understandable to freeze. The level of stress induced by Trump’s behavior, and the behavior he has inspired in his countless supporters, is truly overwhelming. Many friends and associates have expressed a feeling of helplessness and despair.

But we are not helpless. We can act. In fact, we must. Because to act is to be a spirit, not a ghost.

This election and what it has wrought should be a national call to service. Each of us can and should be a spirit. Participate – be present, be visible.

Whatever action we take—calling on friends and family to make sure they have a plan to vote; knocking on a stranger’s door to provide early voting times and locations; serving as a legal, trained poll observer to ensure everyone’s voting rights are protected – is a spirited act.

As is making a contribution to the candidate who is committed to protecting to Constitution, and whom we can hold accountable if and when her administration makes choices with which we disagree.

I have done all of the above and hope you will too. It is our right, and our duty as Americans, to be a spirit not a ghost, at every opportunity—from this moment until the election, and every day afterwards.

Be a spirit, not a ghost. 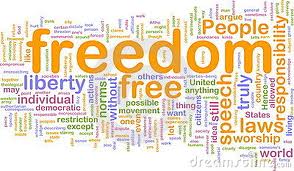 I Fit the description…

This is what I wore to work today. On my way to get a burrito before work, I was detained by the police. I noticed the police car in the public lot behind Centre Street.  As I was walking away from my car, the cruiser followed me.  I walked down Centre Street and was about… 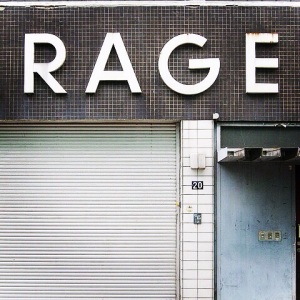