They tell you whats inside the can, they list the ingredients and they warn about potential danger. Labels can also be limiting. 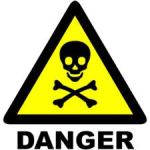 Labeling people by their socio-economic class, religion, sexual orientation, race, marital status or political party usually reduces rather than enhances what you know about a person.

From that list you may think you can now predict how I will vote, where I will shop, and what media I will consume. That’s why we like the shorthand of labels. And that’s why most people resist being slapped with a label.

Once again in an un-named media source a famous young woman felt it necessary to state that contrary to everything she had just said, she was not in fact a Feminist. The way people run from being called feminist makes it seem like racism, pedophilia, murder and mayhem all rolled into one.

I grow very weary of this narrative.

I can’t believe it’s still necessary to tell people that Feminism doesn’t mean you hate men, or refuse to shave, or want women to run the world. The negative stereotyping goes hand in hand with the false belief that sexism no longer exists.

Sexism is a current and serious problem in our society just like racism. Neither of these problems are going away. Too many people benefit from the status quo.

I am a Feminist. I call myself a Feminist because if I only get one label to tell you what you will get when you open this can, Feminist does the job. I invite you to use that label to describe me, my writing, my point of view, whatever.

I’m stopping now because I’m feeling the urge to rant about the misogynistic hegemony and its impact on girl singers of the 21st century and I dont have time for 5,000 words. If you are a feminist, or even vaguely support the idea that women should have the right to vote, own property, have bank accounts, divorce their husbands, have access to reproductive health care…then have the guts to claim to be a feminist.

I just realized I wrote practically this same blog in 2012 – plus ça change, plus c’est la même chose. 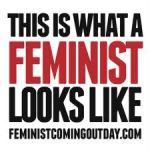